Live for What Matters in Eternity

I had a vision where I saw what looked like the throne room of God. The vision just began with me standing in a certain place, when I turned to look behind me,from a distance, I saw a white throne and someone sitting on it, I was standing at the back of the throne, and I wasn’t able to see the face of the one sitting on the throne because he had his back towards me,angelic creatures stood next to the throne on both sides, and other angelic creatures with huge wings were constantly flying all around the throne.

For a moment,I thought what I was seeing was the throneroom of God, and I said,”Jesus?” But immediately,i realized it was all a counterfeit!
As I drew close, the throne that appeared white at first glance was actually greyish-white,and so was everything else.
All the angel like creatures with huge wings had greyish-white wings,meant to appear white at first glance.It was all fake,an imitation of a scene of the heavenly throneroom.

Immediately I realized it was actually satan sitting on that throne,trying to imitate God.

When I realized this,he immediately turned to face me,his throne could swing and he swang it to face my direction with all the fake angel like creatures all facing me and still attending to him, and flying all around him.
When he saw that I had realized who he was he began to laugh really loud,”hahahaha!hahahaha!hahahaha!”
Looking at me defiantly.

Even now, I have control of the world and my servants are constantly working for me.They do not rest day or night.hahahaha!hahahaha!”

Immediately I found myself standing on top of a very high building where I could see the whole earth below me.
I saw people all over the world,on the streets,in buildings,everywhere, all these people seemed extremely busy,so busy that they couldn’t afford to walk from one point to another to do what they were doing,they were all running to and fro,extremely busy, and I knew they were all working to fulfill the orders of satan.They were laying traps to lead people to hell and satan was happy that so many people were being caught up.
The vision ended.

The spirit world is extremely real, and it controls the physical world.What we see in the physical is simply a result of what was done spiritually.
What I saw was a vision but even when I look everywhere physically,I can see that satan is working overtime to sedate people and keep them asleep so that they only wakeup in hell!

The fact is satan wants you to be sooooo busy with anything temporal so that you only wakeup in hell.Jesus is saying seek the Lord while He can still be found because a time is coming when you will not be able to.
My brothers and sisters,Jesus is really angry with how the church has conformed to become like the world.Do not think because that’s what the majority of Christians are doing,then God will have to make exceptions.

God still has a remnant.He always preserves for Himself a remnant.
God’s children may be scattered all around the world but He knows who they are,and it is they who will see His face.

Elijah thought he was the only one left among God’s children because he could not see anyone around him with similar zeal,but God told him,”I still have 7000 people who have not bowed down to baal.”(1 kings 19:18)
Someone looking at it from the physical would have thought,”maybe God should make an exception on idolatry since everyone is worshipping baal,only one person isn’t,so does it mean only one person will be saved?i think God will change His mind about it,he won’t judge us for idolatry,how can he let so many perish?”

Do not be deceived,God is still as holy as when the bible was written and He is saying,”Without holiness no man will see Me.”(Hebrews 12:14)
God is holy and let him who names the name of Christ depart from iniquity.(2 Timothy 2:19)

He wants you to be holy,He still doesn’t want men to be sagging trousers and doing all those worldly hairstyles,or men and women wearing jewelry and makeup,painting nails, and fake hair.
He still wants His church to be set apart and holy,regardless of how old fashioned that might sound.

If you say you want to be modern, do you know, there were men and women in the 80s and 90s who were so modern and everybody admired them, but if they were to wear their latest fashion in today’s world they would be despised,yet it is for those very fashions that some are currently in hell right now.Imagine how foolish they would feel if they could see how undesirable the kind of dressing that took them to hell is now.
The world and all its lust are passing away.All those indecent fashions you think are so attractive you can’t let them go, just a few years from now they will be looked down on.

You need to honor God in your body,even if the whole world begins to show cleavage,wear tight and short clothes,even if pastors wives,or pastors wear those things,God will still not change His mind.He is no respecter of persons.

Jesus paid the price for our sins but if even after claiming to accept Jesus you still continue to live in sin,the blood of Jesus will not cover you.
The blood of Jesus will cover those who repent.
The bible says if we sin,we have an advocate in Christ Jesus.
If you are a Christian and you sin,God does not expect you to continue in that sin because Jesus died for you.God is expecting that as soon as you realize your sin,you quickly turn from it in repentance,not deliberately continuing in it.

God is holy,and holiness isn’t partial,its everything.Your dressing,your speech,your conduct,your thoughts,let every part of you conform to Jesus.
And remember that salvation is the work of God.You cannot bear fruit unless you are in Christ.

If a branch is disconnected from a tree,it can’t bear fruit.Only the branch that stays joined to the tree can bear fruit.
So you need to surrender your life to Jesus and ask Him to help you stop whatever sin you are living in.

If the Holy Spirit fills you,you will overcome.The bible says it is only one who is born of God who is able to overcome the world.(1 John 5:4)
Wherever your treasure is,there your heart will be also.So whatever your are investing more in is where your heart will be.If you are spending time on worldly things,you will conform to the world,and if you are investing your time in reading the bible and praying,you will conform to Christ.
For example if you are watching worldly movies,the higher percentage of your thoughts will be unconsciously controlled by what you have been watching.Movies are meant to promote a satanic agenda of living a godless life.They are meant to make fornication,adultery,indecent dressing,makeup and jewelry, insulting,dirty talk,murder,theft,witchcraft and many things that God hates to begin to seem normal to you.

Jesus told me movies are specifically meant as bait for humans,to trap them to hell,and many who act them are in a covenant with satan to do what they do.

If not for movies,many clothes women are wearing today,wouldn’t be worn.
But it all started with women in movies wearing leggings and going out like that in public,women in movies showing their cleavage,that’s how people’s minds were slowly brainwashed into accepting all that as normal.
Cursing is even something people do to show off, because they want to talk like a certain celebrity.They are working for satan and all they want is your soul.

Once you are dead,it will be too late.Do you think Jesus doesn’t know what He is talking about when He says He doesn’t want His children watching all these movies,soap operas and cartoons?
Satan has the majority of people sedated,and they are his slaves doing his bidding without them knowing.

Satan will give you anything,just to have your soul because in reality he doesn’t care about anything else but human souls.
Jesus is able to set you free from all addictions,wether pornography,or worldly music,movies and internet addiction.
Satan is really really working overtime to get humans so busy that they won’t remember their creator.

He wants you to be addicted to the internet so that you spend hours on social media and yet you don’t have time to pray or read the bible.
In reality,it is God who decides whether its time for you to die or not, and so what Satan will do is keep you so busy hoping your time will expire soon.
Satan comes to steal,kill, and destroy, but Jesus has come to give life and life in abundance.

Just last Thursday, there’s this lady who died. Just before dying, she asked her family who were at her bedside to give her a bible so she could read it.They gave it to her,she opened to read,but then just closed it,and said bye to her family,hours later she died.

Why didn’t she ask for a magazine, or any worldly book?
God is spirit,and our real being is spirit. Here on earth,because we are in an earthly body,God may seem distant and unimportant because of the flesh.
Things of the flesh seem so bright and desirable and we prioritize them,but immediately it is time to die,because now you are going back into the spirit world,and because God is spirit, you suddenly realize how important He is and wish you had lived for Him,you realize how important the word of God is and now you want to read,but by now its already too late.

By the time you are at this junction,your door to repentance would have already been closed.
Seek God while He can be found,call on Him while He is still near.
Shalom.

Popular Petitions
Petition to GLOFIRE PARTNERS
Help GLOFIRE Produce an International Documentary on Hell
We are working on producing an international standard documentary based on all revelations ... 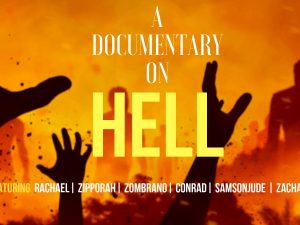 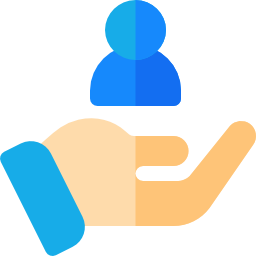 |
Previous post
Alabama House passes bill that would make abortion a felony
Next post
80 percent of priests in the Vatican are gay: new book

We use cookies to ensure that we give you the best experience on our website. If you continue to use this site we will assume that you are happy with it.Ok